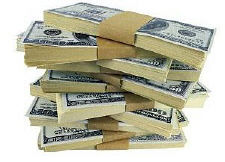 Anybody notice how the once coveted “affordable” safaris in Tanzania has now becoming downright expensive for the average person.

This January 2007, they again raised the entrance fees for Serengetti and Kilimanjaro and Ngorongoro Crater fee from $25 to $100 per car.

Now most of you reading this are paying a couple thousands dollars for your adventure in Tanzania, you think, “What does another $10 for this, and another $15 really mean?” Well, first off, most of these costs are PER PERSON PER DAY, so they can really add up. Second, it’s just another tax that really makes the cost of safaris more and more expensive. With fuel prices also high in Tanzania and distances far, I only see the cost of safaris going up and the average family not being able to plan an adventure in this country.