Did Kilimanjaro once belong to the nation of Kenya? 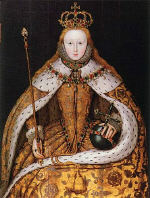 There are many myths and rumors that the Queen of England, whose had colonial rule over Kenya, gave Mt. Kilimanjaro to her cousin, the German King, Kaiser Wilhelm as a birthday present. While this probably isn’t true, it’s kind of interesting to read about the border of Kilimanjaro. Read about tidbit of the border history. It’s said that the Germans also wanted Mombasa, the trading port, but were unable to get it. But Kilimanjaro was given to the German government, who then controled Tanzania.

If you look at a modern day map, you will notice how the parallel line to Lake Victoria would keep the mountain in Kenya, but instead if carves right around it. In fact, if you drive around Kenya, you have to be careful as to not pass into Kenya, as it’s very close.